According to the chairman of Maindis Ladies, Mr Falaza Mdaka, they were forced to release the players who reside within the borders of the Limpopo Province upon receipt of the circular. He revealed that the players who reside outside this province remained in the clubhouse when the rest were released. He stated that their reason to let only local players go, was to minimize costs.

Mdaka said that maintaining the players who remained in the clubhouse was difficult for him when the others had gone to their respective homes about three weeks ago, as the team did not have a sponsor. A total of 23 players were in the clubhouse.

Mdaka added that indications were that they would receive some funds from the league to cover their travelling and accommodation expenses when the league programme was brought to a halt. “Everything came to a standstill due to the lockdown” he said.  Indion, as he was called during his days as a soccer player, said that he was worried about the fact that regaining their fitness level when they returned to the training field would be difficult for the players.

He said that although the technical staff had instructed the local players to train on their own while at home, monitoring the players from afar was difficult for them. He reckoned that the situation would affect their ambitions to lift the league trophy at end of the season negatively.

Maindis’ next match will be against University of Western Cape FC at the Giyani Stadium on Saturday, 7 August. 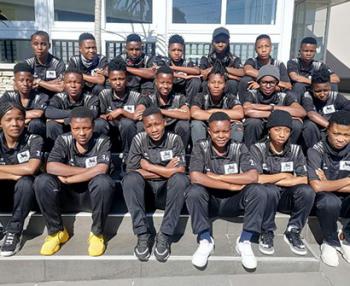