Thabo Siavhe (28), who was captured by North Sudanese soldiers while doing landmine clearance work on a United Nations contract in Sudan some four weeks ago, was released on Sunday, along with three other captives. Thabo was an employee of the state-owned Denel-Mechem company based in Cape Town.

The four workers apparently entered the wrong territory while busy with their duties as humanitarian relief workers. They were all released to former South African president and chief African Union mediator Thabo Mbeki, who had been involved in peace talks with the Sudan government since Thursday last week.

Fear and dread about their lives had been spreading throughout the world, while the Sudanese government continued citing that the men couldn't be set free before they had finished completing their investigations to determine if they had been involved as military advisors to South Sudan or other wrongful activities.

Denel-Mechem CEO Ashley Williams had since denied that his two employees, namely Siavhe and a Sudanese colleague, were ever involved in any activities other than humanitarian duties for which they were deployed to Sudan. He said that his employees' duties in Sudan were to lift “landmines and the destruction of unexploded remnants of the recent civil war between the two countries”, namely Sudan and South Sudan. 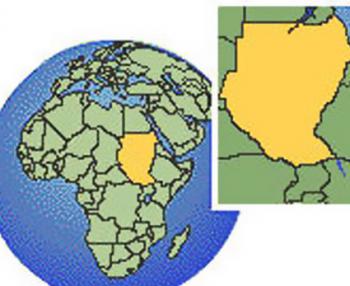