A  Beit Bridge traditional healer was arrested for allegedly killing a “demon-possessed” woman during a botched ritual to drive out evil spirits.

The bizarre incident occurred on Sunday in the border town.

“Sometime in August this year, Nyathi visited her relative, Kayiso Tlou, and stayed there. During this month, Nyathi developed a mental problem. On 8 September, Nyathi’s relative, Ruth Moyo (54), and Lesedi Mdlongwa, both of Tsokotsoko village, took Nyathi to Ncube’s homestead, since he is a traditional healer, so that the evil spirits could be exorcised,” said Ndebele.

While there, Ncube then prepared everything needed to cast out the evil spirits to “free” Nyathi. “The suspect made fire and threw some herbs on it and forced Nyathi to inhale the smoke while covered with a blanket. Nyathi resisted, but Ncube, Moyo and Mdlongwa grabbed her and forced her to inhale the smoke.During the struggle, Nyathi sustained some facial burns and died the following day,” said Ndebele.

A report on the matter was made to the police. Ndebele said police discovered that Nyathi had died as a result of serious facial burns sustained during the ritual. He said investigations were carried out, leading to the arrest of Ncube. Ncube appeared in court on charges of murder and the case was postponed to 15 October.

Ndebele said the incident was due to negligence and advised community members to desist from practices that put lives at risk. 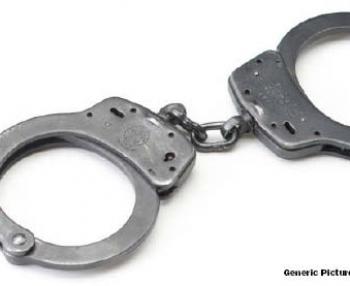 Mashudu Netsianda is our correspondent in Beit Bridge, Zimbabwe. He joined us in 2006, writing both local and international stories. He had worked for several Zimbabwean publications, as well as the Times of Swaziland. Mashudu received his training at the School of Mass Communication in Harare.