The Vhembe and Mopane regions are the most fragile areas where one could easily be infected with malaria, especially during the rainy season.

According to the Department of Health in Limpopo, a record number of 765 malaria cases were recorded over the past three months, with 217 cases reported in October, 347 in November and 201 in December.

The Department of Health has warned that during October to February the number of malaria cases increases. The reason for the increase is because of the rain and the subsequent breeding of mosquitoes.

The department also warned travellers, especially those who visited high-risk areas during the festive season, to be watchful for malaria signs and symptoms. Some of those symptoms include fever, body pains, headache, nausea and diarrhoea. “If any of these symptoms are experienced, patients should immediately proceed to the closest clinic or health centre for a malaria test,” said the Department of Health's spokesperson, Ms Adele van der Linde.

Ms van der Linde said that the higher incidence of malaria was caused by travelling and human behaviour. “During December, many community members and migrant workers from the province visited high-risk malaria areas outside the provincial boundaries. People also spent more time outdoors in the evenings during December,” she said.

“Unfortunately, there are still patients who delay consulting when they fall sick, resulting in fever and complicated malaria, that can lead to malaria-related fatalities,” she said. It was established that only seven suspected fatalities had occurred, with four in November and three in December.

The department has embarked on an operation to minimize the transmission of the disease. “All 42 malaria teams from the department are fully operational in the communities with indoors residual spraying,” she said. The department was also educating communities about early treatment-seeking behaviour. 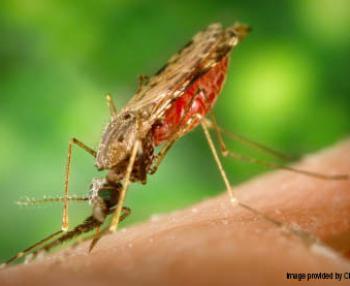