All may not be so well at Ravele CPA

A communal farming project in the heart of Levubu, hailed by the Department of Rural Development and Land Reform (DRDLR) as a success story, may not be in such a good state after all. The same department has filed papers in the Gauteng North High Court in an effort to get the communal property association (CPA) to co-operate and not exclude beneficiaries.

The Mauluma Farming Enterprise runs five farms in the heart of Levubu on very fertile agricultural land. The business belongs to the Ravele CPA, which was formed in the early 2000s to represent the community in a land claim. The claim was finalised in 2005 and the department spent over R50 million to get the project off the ground. The first few years seemed to be problematic and the company was placed under judicial administration between 2008 and 2009. A strategic partnership was then formed and the CPA started making use of outside expertise to assist them.

In an article that appears on the DRDLR’s website, some impressive figures are quoted. In 2013, the company made a profit of R3,59 million and in 2014 this jumped to almost R5,2 million. For this year, the Ravele CPA expects a profit of between R7 and R9 million. “The projection is quite realistic, considering that the company is in the middle of harvesting and has already supplied 340 tons of Macadamia nuts to three factories in the area,” states the article. The company apparently employs 187 workers, 122 of whom are employed on a permanent basis.

The claims of the CPA are, however, disputed by some members of the Ravele CPA who call themselves the Concerned Group. According to their spokesperson, Aifheli Bvumbi, the claims are unrealistic and most of the farms are currently being neglected. He has also stated that most of the beneficiaries have not benefited from the alleged profits made.

Even neighbouring farmers were very sceptical of the figures supplied and said that nuts on some farms were not harvested for months and the orchards were not properly treated. The established farmers were, however, convinced that the farms could produce the tonnage quoted. Two of the five farms where the strategic partnerships are in place seem to be producing well.

It appears as if the lack of farming expertise is not the only problem the Ravele CPA experiences. For the past two years, the CPA has been under pressure from within its own ranks, with beneficiaries claiming a lack of transparency and nepotism. The latest court action also seems to be the result of the Concerned Group's complaining to the DRDLR.

The Concerned Group comprises 15 beneficiaries who have apparently been excluded from activities of the CPA. Four members, including Mr Bvumbi, have been suspended from participating in any of the activities of the Ravele CPA or Mauluma Farming Enterprise. According to the letter informing them of their suspension, an investigation was launched as a result of statements they had made on Phalaphala FM.

One of the main concerns raised by the group is the apparent fronting practices of the Ravele CPA. They argue that the Ravele CPA is run almost as if it is an extension of the Ravele Royal Family. The Concerned Group argues that this is unconstitutional and not in line with legislation. This complaint also points to a wider perceived problem, namely that there is a political drive to transfer land distributed under the land reform programme to unelected tribal authorities.

The Concerned Group further alleges several irregularities as far as the running of the CPA and the company is concerned. They complain about a lack of transparency, the failure to provide audited financial statements and they accuse the executive committee of only employing relatives on the farms.

Certain of the frustrations experienced by the Concerned Group seem to be shared by the DRDLR. In the affidavits filed in court, it is clear that the department’s officials could not obtain the CPA’s co-operation. The department has been asking for audited financial statements, minutes of meetings and resolutions for almost two years, with limited or no success. “It has become apparent that the respondents have taken a decision not to co-operate with my office,” states Mr Petrus Shabane in the affidavit filed on behalf of the department.

When the Ravele CPA was originally formed, it had 807 listed beneficiaries. In December last year, the Ravele CPA held their annual general meeting (AGM), to which all beneficiaries were to be invited. The AGM was also advertised in newspapers and members were invited to contact the CPA secretary or chairperson.

In the court documents, the department claims that at least 65 beneficiaries were not informed about the meeting. The department also claims that the Ravele CPA’s executive committee had deliberately excluded the members who voiced their dissatisfaction with the way things were being managed.

The Ravele CPA’s executive committee was apparently warned prior to the December 2014 meeting that it first had to update its list of verified beneficiaries. “Despite the Ravele CPA Executive’s undertaking that the AGM of 16 December 2014 will not be an elective meeting, the meeting proceeded to hold elections,” reads the affidavit of Shabane.

The chairperson and secretary of the Ravele CPA were asked for comment on the matter this week. Mr Bethuel Ravele, secretary of the CPA, promised in an email to respond, but at the time of our going to press, nothing had been received.

No date has yet been set for the case to be heard in the Gauteng North High Court. 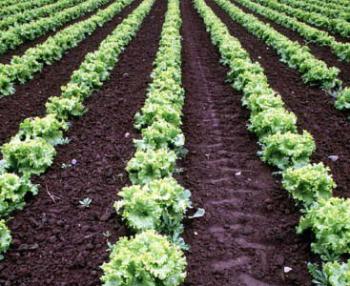