News of the alleged sexual assault of a seven-year-old primary school girl the past week sent shock waves through the Louis Trichardt community.

Last week, the Zoutpansberger reported on the arrest and court appearance of man from Kutama Village. The man is accused of molesting the girl, who is a pupil at Soutpansberg Primary School. The report sparked outrage among many of the school’s parents, as it was the first word they had heard about the incident after reading about it in the Zoutpansberger of 23 February. They immediately had concerns about their own children’s safety and wanted to know why neither the school nor the school’s governing body had informed them of the incident.

According to information available to the newspaper, the suspect worked as a security guard at the school. He was arrested on Monday, 20 February, after he was allegedly caught by another security guard at the school while sexually assaulting the young girl. The girl was dropped off at the school very early that morning, way before the other children arrived there. Because it was raining on that day, she apparently asked the guard if she could seek shelter in his small guard house until the school opened.

The accused allegedly started rubbing his private parts against the girl’s thighs, which caused the young girl to cry for help. Hearing her cries, the second guard came to her assistance. Soon afterwards, the Makhado Police arrested the accused. He appeared in the Louis Trichardt District Court last Tuesday on a charge of sexual assault. His case was postponed until Tuesday this week while he remained in custody. On Tuesday, he appeared once more and again his case was postponed.

Following the incident, parents wanted to know how something like this could have happened on a school's premises, a place that is supposed to be a safe environment for all children.

School principal Mrs Adri Kloppers explained this week that it was extremely difficult to comment on the matter because the police were still investigating the alleged incident. She stated that the safety of all pupils remained a priority for them, and explained that this was the reason why they employed security guards at the school. She said that many of the school’s pupils made use of public transport, arriving at school very early in the morning or departing very late in the afternoon. It is the job of these security guards to protect the children while the latter are on the school premises. “Security at the school has always been scrupulous. This was an isolated incident, due to an unfortunate coincidence of circumstances,” said Kloppers.

Kloppers added that representatives of the police’s local child protection unit had visited the school shortly after the incident and presented an educational talk dealing specifically with sexual abuse. Kloppers said that the school had followed the proper procedure, had acted swiftly and continued to assist the police in their investigation.

With the incident placing the spotlight on the safety of pupils at schools once more, the Zoutpansberger spoke to several other schools in the region to find out what additional measures they took to protect their pupils. It would seem that the irregular time schedules kept by some public transport operators is the biggest challenge.

Some schools, such as the Ongedacht Secondary School, have to improvise because they do not have 24-hour security. “I make it a point to encourage my students to walk together or in groups to and from school because most students who attend the school live far away and they have to walk long distances in the morning and in the afternoon. I have advised our security to arrive as early as possible to accommodate those pupils who arrive early by means of public transport,” said the principal, Mrs Susan Mmbi. It was the same for the Vhafamadi Secondary School, as well as the Phinimini Primary School - extra security was needed for children who rely on public transport systems to get to school.

Other schools such as Louis Trichardt Primary School said they implemented additional measures as well. “We are fortunate to have an after-school centre where children can stay until their parents come and pick them up. These children are not allowed to wander around and their parents must personally come and pick them up at the centre,” explained school principal Mr Louis Linde.

The newspaper tried to contact the local Department of Education for comment on the alleged sexual assault, but at the time of our going to press, the circuit manager was attending a function in the Free State and could not comment. 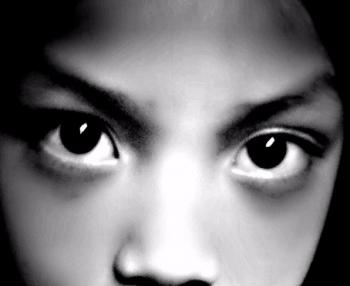