The price tag of an upcoming local rain-making festival to be held at the Mapungubwe World Heritage Site has raised several eyebrows.

Towards the end of September, documents about this extravagant two-day-long cultural event was leaked in an email to the Zoutpansberger by an anonymous source. The email contained two attachments - supporting documents in the form of a concept note for the “Launch of the Rainmaking Dialogue and Festival” and a letter to request funding to the tune of R10 million.

The party is scheduled to take place on 26 and 27 October, and according to the leaked information, important guests such as deputy president Cyril Ramaphosa and other dignitaries from the presidency and a wide variety of departmental representatives were expected to attend.

The funding request contained a budget breakdown of the festival that contained suspiciously rounded figures. This included a whopping R1 million for administration (salaries, phone, and internet), R900 000 for the marking and mapping of the spiritual and cultural route of the rain Goddess, a further R960 000 for the development of the African Calendar, and the editing, printing and distribution thereof (quantity 200).

The festival also required a further R700 000 for “entertainment fees”. One can only assume that the amount is for three artists as this number has been put down next to the amount.

Furthermore, according to this document, an extra R1 million will be needed to hire the venue and pay for the accommodation for “90 guests and delegates (dinner, bed and breakfast).” The catering requires a further R500 000 and a “spiritual/night virgil [sic] ceremony” an additional R350 000.

All this is needed, it states in the document, “to launch the African calendar and its spiritual, cultural and agricultural festival.” The event will further also aim to “introduce the rainmaking festivals which take place annually at the royal court of Mudjadji the Rain Queen of Valovedu and elsewhere in the Southern African Development Community (SADC) Region.”

According to the document “rainmaking functions remain the principal responsibility of the Mudjadji Rain Queen and royal women in the royal court and it remains the heart of the Valovedu spiritual and cultural heritage.” This festival, it further states, is linked to the Rozwi founders, sacred rulers of Mapungubwe and great Zimbabwe (ancestors of the Mudjadji Dynasty), who held the first rain-making ceremonies annually in October.

When rumours surfaced that the organisers of the festival, the Maphungubwe Heritage Foundation and the Kara Heritage Institute (both non-profit organisations), had approached various state departments, which allegedly included the Department of Arts & Culture and the South African Heritage Resources Agency (SAHRA), to pick up the tab for the festival, the Zoutpansberger decided to look into the matter. This comes despite allegations that funding earmarked for the preservation of cultural artefacts at the Mapungubwe World Heritage Site should be cut to the bone in order to accommodate the festival.

What the newspaper discovered was that both institutions that are coordinating the festival have close ties with key role players within the ruling African National Congress (ANC).

The manager of both organisations is Dr Mathole Serofo Motshekga, former Chief Whip of the ANC, lawyer and husband to the present Minister of Basic Education, Angie Motshekga. Outside of politics, Mathole is a lecturer in the Department of Law at the University of South Africa and guardian to Masalanabo Modjadji, currently Queen Modjadji, the hereditary ruler of the Balobedu.

In the past, the Kara Heritage Institute was awarded a R500 000 contract by the National Development Agency (NDA) to develop policy on rural development and poverty eradication. This was according to an in-depth report that appeared in the Mail & Guardian on 21 July 2016 under the heading What’s mine is yours is ours… that investigated Mathole and Angie’s business interests after they had allegedly failed to properly disclose these as required by law.

The institute was also involved in a project regarding geographical name changes, which was commissioned by the Gauteng Department of Sport, Arts, Culture and Recreation.

Mathole told the Mail & Guardian that he and wife Angie had co-founded the Institute, but that he was the only one actively involved in its activities. The Kara Heritage Institute was established in 1982, under Mathole’s leadership, for “the purpose of restoring the African cultural heritage and building a nation of African communities and people with the freedom to shape their own destiny.” The institute also self-professes its close relationship with the SAHRA and Department of Traditional Affairs to develop cultural community projects. Furthermore, the Kara Institute is also linked to several of Mathole’s private companies, which include Kara Books and Stationery, Maphungubwe Heritage Investments and Maphungubwe Heritage Tours. All these ventures have the aim of further disseminating Mathole’s brand of Africanist philosophy to local communities.

The imminent Mapungubwe rain festival is an extension of this vision. As Mathole puts it in his own words: “…you know there is a cultural renaissance program which is the program of the African Union to revive African culture, which was suppressed under apartheid … now the freedom of African countries, including ours offers traditional communities opportunities to revive and practice their culture.”

He was giving more details as to the purpose of the planned festival in a telephonic interview with the Zoutpansberger. “…there is a moral degeneration - drug, alcohol abuse - because people have lost their spiritual values, so this celebration would help address the deepening moral degeneration,” Mathole said.

Insofar as the astronomical funding needed for their latest event is concerned, Mathole was vague about where exactly the money would be coming from. He claimed that the concept document was used by a volunteer who was asked to raise funds for the event. “…so I don’t know whether she was fundraising from the private sector and government,” said Mathole. He added that NGOs had the right to ask for funding from both the government and the private sector.

Asked whether any government department had donated money towards the event, Mathole said that “so far” he was not aware of any department that had agreed to give funds. He also said that the event would be organised or rationalized according to what could be afforded with the funds raised. “…but it doesn’t really depend much on funding, because the venue has been secured, because it is a public venue and people can travel there, so I guess what will be needed is catering and so on. But it is not a government event, it is an NGO event and the NGO is fundraising for it,” said Mathole.

When the Zoutpansberger talked with Mathole on 18 October, he said that the event had not  been scaled down and that it would remain a two-day-event, scheduled to continue this week. He was unable to confirm the final budget for the event, or which of the important dignitaries would show up. 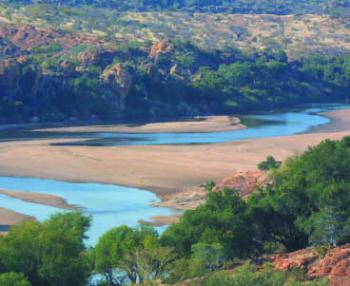