In a world that is fraught with a high rate of unemployment, it is always heart-warming when there is news that one brave person has secured permanent employment for over 100 individuals, most of whom were previously unemployed.

A young and brave woman, Fulufhelo Lukhwareni, seized the opportunity which was being offered to individuals or companies by Hollard. The initiative in question is Branch-In-a-Box (BIAB) whose objective is the rolling out of Hollard branches across South Africa.

“The opportunity was first announced in a leaders’ workshop at Hollard, and I was unfortunately not in attendance,” she said. “I later learnt about it, but also immediately learnt to my disappointment that the invitation for applicants was open to a defined management level which I didn’t qualify for then.”

However, since Fulufhelo knew that she was born for success, and that success only comes through hard work and persistence, she assumed a product manager role at Hollard. “It was only after a year that I applied, and my BIAB application was quite 'late', but I ignored that 'small detail',” she said.
“In the true spirit of my name 'Fulufhelo', which means hope, I was not prepared to let the opportunity pass by without an attempt. As they say, the rest is history.”

Through her company, Zwothe Distributors (Pty) Ltd, a registered and licensed financial service provider, Fulufhelo was able to open five branches and one kiosk, and employed at least 105 employees. However, she still plans to employ more people to fight the scourge of unemployment and poverty in Vhembe and Mopani districts.

“We have branches in the towns of Thohoyandou, Musina, Louis Trichardt (Makhado), Giyani and Tzaneen, and one Boxer kiosk in Giyani,” she said. “We recruited our employees through media adverts including radio and local newspapers, posters, referrals and social media.”

She said they have a solid, interactional relationship with clients. “We align the way we do business with the Hollard’s Amazing Customer Experience philosophy to ensure sustainable client relations and creation of new ones,” she said. “Consumer education is an initiative run by Hollard with the support of partners to conduct financial literacy workshops with its clients at their respective towns. Its main aim is to empower the clients on basic financial concepts that they face in their day to day transacting, including, saving, borrowing, and budgeting.”

“This for me has been incredibly fulfilling, and truly special to my heart seeing this positive impact in the very community I was brought up in,” she added.

“The start of the BIAB journey was for me a combination of what I believe was a Godly act and resilience,” she said.

Fulufhelo was raised in Gondeni village, and later moved to Makwarela in 2000. She currently resides at Matshavhawe in the Nzhelele area. She is married to Lufuno Lukhwareni, who is also her business partner. The couple are blessed with two sons, Zwothe and Arikonisaho. 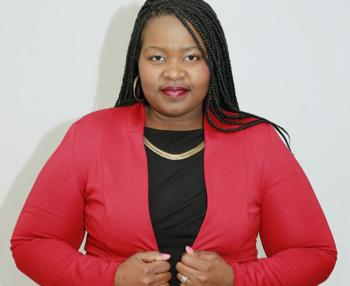 Fulufhelo Lukhwareni is determined to create more employment and by doing so alleviate poverty.