Vhembe Executive Mayor Florence Radzilani has appealed for calm, following the discovery of the body of Granny Mmbengeni Maladzhi (76) at the Nandoni Dam last Thursday morning.

According to a family member, Mr Richard Nndwamato, Maladzhi went missing from her home at Tshiulungoma 1 on Tuesday. “After a long search, we finally found her in the wee hours of Thursday morning, following a tip-off from fishermen. The fishermen found our granny floating in the dam at around 03:00. while being surrounded by crocodiles that were busy feasting on her,” explained Nndwamato.

The police confirmed the death and gruesome discovery of Maladzhi. They also confirmed that an inquest docket has been opened.

Meanwhile, Radzilani, who visited the bereaved family on Tuesday morning, expressed shock and dismay about the incident. She urged the family and community to let the process of the law take its course from the beginning until the end.

She also praised the community for behaving well by not resorting to violent protest marches after the discovery of the body of Maladzhi, as has happened in other areas. “We felt that we should come here and offer our condolences and moral support during this trying time. We want you to know that we are grieving with you, and we hope that God will give you strength in these challenging times.”

In a separate incident, a nine-year old boy, Mulondo Ngarothe, was caught by a crocodile at the Mutale River at Tswera-Mashishi in the Makuya policing area on Sunday at about 12:30.

Information available is that the boys were swimming when he was caught by the crocodile. The other boys ran home to inform the villagers. "When villagers arrived, the boy was already dead,” said Limpopo police spokesperson Lt-Col Moatshe Ngoepe.

This is the third incident in the province in recent times, following the one in Lephalale where a man drowned in the Mogol River outside Lephalale.

“Police investigations in all these incidents are still continuing," said Ngoepe.

Ngoepe has cautioned members of the communities to be careful around rivers and dams, which are believed to be infested with crocodiles and hippos. 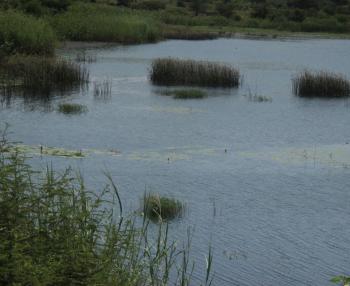 Nandoni Dam has claimed many lives. The body of Granny Mmbengeni Maladzhi was found in the dam last week. It was surrounded by crocodiles feeding on her.