A mother’s struggle for justice after her son was ritually murdered has so far proved fruitless. Last month, the Thohoyandou Magistrate's Court acquitted all suspects who had been pointed out as having taken part in the murder.

For the 58-year-old mother, Ms Mulalo Johannah Rambauli, the past 15 years have been a stressful and very sad period. It started when her son, the 23-year-old Mashudu Rambauli, went missing on 14 January 2003. A week later he was found with some of his body parts missing.

Rambauli told Limpopo Mirror that her son was buried without the left foot, left hand, both eyes, facial skin, both lips, three fingers on his right hand and four toes on his right foot. “He was also badly injured on the knees,” she said. “But still, we buried him without any knowledge of the whereabouts of all the parts missing from his body.”

Rambauli, who hails from Mavunde village, remembers the fateful day on 14 January, when Mashudu told them that he was going to the local soccer ground to play soccer. This would be the last day they would see him alive.

Even though the investigation into the murder started in January 2003, it took years before any information on possible suspects became available. One morning in 2010, Ms Rambauli received a phone call from the Kutama Sinthumule Correctional Centre’s chaplain’s office. There was a prisoner who wanted to meet her because he had some news he needed to share with her.

“At first I was reluctant to spend my money on transport to Louis Trichardt, where the Kutama Sinthumule Correctional Centre is situated,” she said. When she eventually arrived at the prison and the prisoner was brought to the chaplain's office, she received the shock of her life.

“He explained that he had had sleepless nights and restless days for years, because my son’s spirit was visiting him all the time, telling him to tell me about his killing,” she told Limpopo Mirror. “He had already sought spiritual counselling from the chaplain's office and was prepared to make a disclosure to me.”

The troubled prisoner, who was serving a lengthy prison term for other crimes, confessed that he had witnessed Mashudu’s ritual murder as he was among a group of about 20 persons who had killed the deceased. According to Rambauli, the confessor's version of the incident was convincing.

“He explained each suspect’s key role in the planning and execution of the killing,” she said. “He was so specific with dates, times, spots and all other minute details. He said Mashudu had kicked one of the men in the groin and that the very suspect had later been admitted and treated at MediClinic. He said my son had been killed and thrown far away in the bushes. However, the confessor’s conscience troubled him, and he thought my son would rot and never get buried. He therefore convinced the other men to go fetch the corpse and come to dump it by the roadside near the homes.”

The information was later submitted to the police, and the prisoner also gave them a full confessional statement and a list of about 20 suspects. However, the police and the court allegedly failed to do their job and the inquest dragged on from 2010 until late in March this year.

“They just said there was no substantial information to prosecute the suspects,” she lamented. “That was unfair, because the confessor had told them everything. Why didn't they follow up on the other suspect who was kicked in the groin and treated at MediClinic? There was also a time when one of the suspects started sending the confessor money via e-wallets, even though he was in prison, so that he should exclude his name. This person admitted to having sent the prisoner money on several occasions and said it was just an error because he hadn't intended to send it to him but to another recipient.”

To further complicate matters, at least seven of the 20 suspects have since passed away.

The Thohoyandou Victim Empowerment Programme (TVEP), who had provided counselling to the Rambauli family after the incident and the prisoner's confession, said that they were not in the least pleased with the manner in which the court had treated the case.

“This case should have been taken to the High Court,” said the TVEP’s legal officer, Mr Fhatuwani Manthada. “There were so many facts that the Magistrate’s Court just ignored. The confessor's original statement of confession is not even in the docket and they just used some document which we were not sure where they got it. Even the confessor didn't recognise it,” she said. 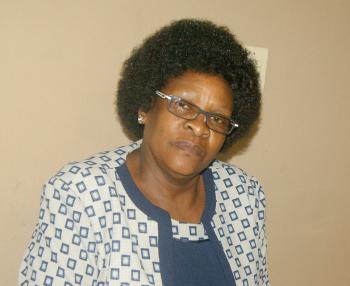 Ms Mulalo Johannah Rambauli (58), told Limpopo Mirror that her son had been buried without some of his body parts.