The newly elected chairperson of the International Revelation Congress (IRC) in Limpopo, Khakhathi Tshisikule, has slammed the ANC’s proposed move to expropriate land without compensation.

The outspoken Tshisikule of Khakhathi & Friends fame criticises the ANC and EFF’s idea in a statement on Saturday, shortly after his election. “The idea of expropriating land without compensation will cause unnecessary trouble in our country. This idea will disrupt our schools and community at large. Governance will seriously be affected by this populist decision. I believe the ANC is trying to win back the support that they lost to the EFF,” said Tshisikule.

He added that if this did happen, the result “will be a disaster as South Africa will be in the situation where Zimbabwe was”.

Tshisikule, regarded as the ‘people’s artist’, said South Africans must learn from Zimbabwe, where Pres Mnangagwa is busy trying to win back white farmers who had been lost to the country, because of the same decision made by former Pres Robert Mugabe in the early eighties.

“After that decision, Zimbabwe’s economy collapsed to its knees. The same people who were singing praise songs about Mugabe’s decision, were forced to scatter all over the world. Many came to South Africa because of economic challenges in their country.”

According to him, Pres Cyril Ramaphosa went overseas, trying to recruit the same whites “we are targeting away, asking them to come and invest, so that we can recover our economy,” added Tshisikule.

Although the issue of land has always been leading in the ANC’s constitution, Tshisikule said it was important to note that the expropriation of land without compensation was never agreed upon during the Codesa negotiations. “The land issue is so sensitive, to the extent that it caused a split in the ANC, which led to the formation of the PAC, years back,” said Tshisikule.

“After all, whites are not disputing that the land belongs to us, blacks. As the IRC, we are saying let’s compensate them for taking care of this soil. This will also help to keep them here, as we need them because of the experience they have. This will help to make sure that this good change does not become a disaster.”

According to him, people want the land that is being used for food production to be used for stands. “I think there is enough land to use for residential use instead of taking farms,” Tshisikule added.

Tshisikule paid homage to IRC members for showing faith in him by electing him to chairperson in the province. “I promise IRC President Ernest Mammba and all members, together with my supporters, that I will stand by the truth and policies of the party. Our policy is that we don’t promise, but we act. South Africa is rotten under the ANC government. Teachers are earning peanuts. Clinics do not have medicine. Our country is now overpopulated by illegal foreigners. I encourage everyone to register and vote, so that we can keep our country,” he added.

Tshisikule joined the IRC in 2016 and the party won one seat in Thulamela. The seat was given to Mr Baldwin Ramulongo.

In 2011, Tshisikule helped the PAC in campaigns, where they became the official opposition in Thulamela.

Before joining the IRC, he was courted by the EFF, but he chose Mammba’s party instead. 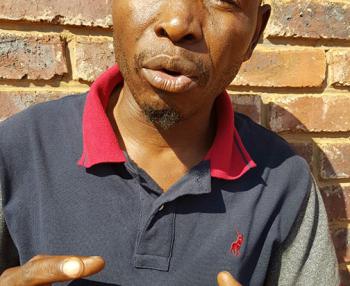