This was part of Minister of Trade, Industry and Competition Mr Ebrahim Patel’s response to questions asked in the National Assembly by the Democratic Alliance’s Mr James Lorimer on 15 December last year. Lorimer is a member of the Portfolio Committee on Mineral Resources and Energy (National Assembly Committees).

Lorimer wanted to know what the reasons were that this project had been designated a Presidential project and whether such designation meant that state-owned entities and government departments were either participating and/or intended to participate in this project. He also wanted to know the total amount each of the specified entities had spent on the project so far, as well as the total amount they intended to spend in the next 10 years. Lorimer also wanted to know what value would be delivered to the South African public in return, and whether any kind of environmental exemptions would be provided by the government during the course of the project. “If not, what is the position in this regard; if so, what is the source of the non-South African governmental investor’s finance?” Lorimer asked.

Apart from indicating that the Musina-Makhado Sez was not a presidential project, Patel explained that the implementation of the Musina-Makhado SEZ was coordinated through a steering committee that consisted of various departments and state-owned entities, such as the Department of Water Affairs and Sanitation and Eskom. “The purpose of the steering committee is to support the SEZ company with the mobilisation and management of stakeholders, particularly with regards to sector departments and state-owned entities. At this stage, departments have not committed specific funding towards the development of the project. The province is still finalising the master plans and environmental-authorisation processes,” Patel said.

Minister Patel said that the environmental impact assessment (EIA) application for the Musina-Makhado SEZ had been launched in terms of the National Environmental Management Act and the associated regulations and that the process was still underway. As for funding, Patel said that the Limpopo government had advised the department that it had an investor pipeline of $15.2 billion, with potential investors in various projects, ranging from power generation to minerals beneficiation. “According to the province, the investors will be bringing their own funds to finance their investment projects,” Patel said. 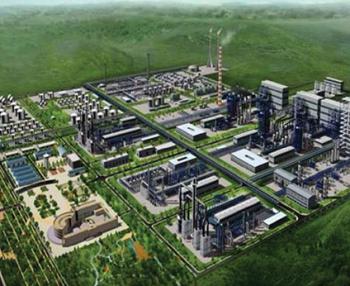 An artist's impression of the poposed Musina-Makhado SEZ. Image supplied.