Leopards to face TTM in mother of all battles

The Thohoyandou Stadium will be the best place to be on Sunday afternoon. This where the only two NFD affiliates in the province, Black Leopards and Tshakhuma Tsha Madzivhandila (TTM), will battle it out for league points in what football fanatics describe as the mother of all NFD battles.

The game is, for many reasons, expected to keep the spectators on the edge of their seats from the onset.

Both sides are in the run for the league title. The spirits are high in the camps, following victories for both teams last weekend. Leopards crushed the University of Pretoria 4-0 at the Thohoyandou Stadium, while TTM beat Stellenbosch FC 2-0 at the Parow Park Stadium in Cape Town.

Leopards will be without their left back, Lebohang Mabotja and two midfielders, Morgan Shivambu and Andiswa Ndawonde. Ndawonde and Mabotja are still nursing injuries, while Shivambu is serving his suspension after seeing red in a recent game against Richards Bay FC.

The good news for Leopards is that their slender striker, Ivan Mahangwahaya, and a midfielder, Marubini Manyane, are back from injury. Two TTM players who will not be available for selection on Sunday are Faez Khan and Bongani Nyathi. Nyathi is out because of injury while Khan is on trials in China. In the absence of the two, TTM will pin their hopes on Frank Motebejane, David Mathebula and Tebogo Kalake for goals.

In another match that will also be played on Sunday, Jomo Cosmos will host Cape Town All Stars at the Vosloorus Stadium.

The pace setters, Highlands Park, will host Real Kings at the Makhulong Stadium in Thembisa tomorrow.

Stellenbosch will fly to Richards Bay to honour their fixture against Richards Bay FC at the Umhlatuze Sports Complex. Mbombela United and Ubuntu Cape Town will meet at the Kanyamazane Stadium in Nelspruit. The other fixtures for tomorrow are: University of Pretoria vs Super Eagles, Mthatha Bucks vs Royal Eagles and Witbank Spurs vs Uthongathi FC. 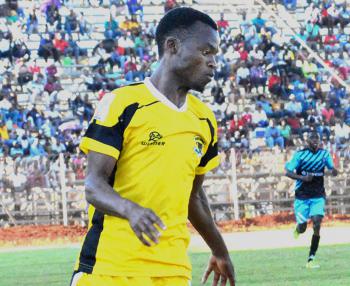