“We are very grateful for the good work which all the scouts did here in our rural area for us and our young boys,” said Mamu Community Development’s general secretary, Mr Jafter Mamugudubi. “They selected four boys who will be leaving for Gauteng on different dates that will be set by the youth developers.”

The scouts were so impressed by the local talent that they even vouched to come back to select more boys on 16 June this year. So, the villages around Vhembe district are encouraged to get the U/13 boys ready to participate in Mamu Community Development's 16 June activities to be held at Mabaleng Sports Centre at Tshiozwi village.

“We would like to extend our gratitude to all the people, businesses and other stakeholders who continue to support us and our activities,” Mamugudubi said. 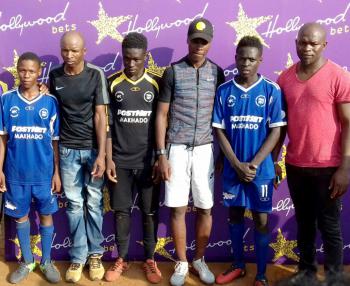