The much-awaited MMK Administrators Soccer League promotional playoff matches will be played this weekend. The champions from the nine streams will battle it out for a place in the ABC Motsepe League.

The league’s disciplinary committee was still to make a ruling in the matters involving Mpheni Home Defenders and Makhitha Oscar Stars and Tshivhilidulu Hungry Lions, Rabali Pull Together and Maelula United Brothers at the time of our going to press.

The last group will comprise Wayeni Sea Robbers, Ficus FC and the winner in the matter involving Tshivhilidulu Hungry Lions and others, and their matches will be staged at the Malamulele Stadium.

Teams that will finish on top of their respective groups, together with the best runners-up, will meet in the semifinal matches at the Tshfulanani Stadium on Saturday and Makhuvha on Sunday.

According to a statement from the league, the toss for the semifinal matches will be conducted tomorrow (Saturday) evening. The final is scheduled to be played at the Thohoyandou Stadium on Sunday, 17 June. 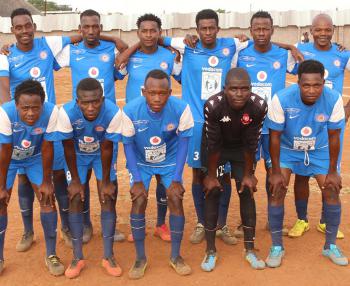