The lifeless body of a 14-year-old boy was discovered at the back of the cemetery at Majozi village last Thursday morning. It is alleged that the body has a gorged skull and was missing its private parts. It is suspected that the deceased is another victim of ritual murder.

The enraged community of Masia allegedly set a suspect's hut on fire on Sunday night. However, the man and his family managed to slip away by jumping over the fence at the backside of his main house.

The boy's body was first discovered in the early hours of the morning by a group of women who were walking down the mountain from fetching wood. It was later revealed that the boy came from a neighbouring village, Masia.

A suspicious finger pointed at a man for whom the boy used to perform odd jobs, after some community members said that he was seen walking out of a church crusade service with him on Wednesday evening (17 April).

Mukhadi is a heartbroken man, following the discovery of his son's body. He believes that a bicycle was used to lure his son to the Phadinwe mountain, where he was then killed for muti. “There were fresh prints of a bicycle, which led us to the spot where Nkhume was killed,” he said. “We saw blood soaked into the ground.”

Nkhumeleni was a Grade 4 pupil at Vhangani Primary School. Mr Bernard Bopape, a teacher, said that the school was unable to accept that the young boy is no more. “We need answers to his death. We need to know who killed him and the motive behind the killing.”

Bopape said the pupils could hardly focus on their school work since everyone in the village was speaking about the pupil whose private parts had been cut off.

Cllr Sarah Makhuvha  of Ward 7 maintains that she had received a sketchy report about the boy's death from the ward committee and the deceased's family. “There are community members who are maintaining that the man whose house was burnt had fetched Nkhumeleni from an evening church service and the boy never returned,” Makhuvha said.  “To lose a child under such horrific circumstances is really painful.”

Makhuvha, the school and affected community members continue to hold meetings at the deceased's house, as a way of trying to comfort the family of the deceased.

The police's provincial spokesperson, Brig Hangwani Mulaudzi, said the police had opened a case of murder. “No arrests have been made thus far, but our investigations are ongoing,” said Mulaudzi. “We are also waiting for the doctors to perform a post-mortem.”

Mulaudzi added that the police had opened an arson case after a house of a man was set alight.

Chief Vho-Thanyani Masia called for calm in the village and requested the community members who might have information regarding the boy's killing to supply it to the police.

When Limpopo Mirror visited the village on Monday evening, there was a large number of community members scattered about the suspect's yard with the intention of setting the remaining rooms alight. The Vuwani police kept an eye on the situation from a short distance. 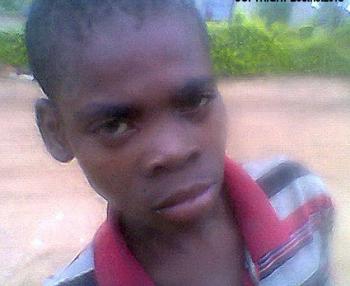 The suspect´s house was set alight.

The community members roamed about the suspect´s house on Monday.