Life at Ravele and surrounding areas in the Sinthumule area came to a standstill last Wednesday, following the discovery of the body of a young girl in a bush at Tshikhwani village.

Some body parts were alleged to be missing from the body, which adds to the suspicion that she was killed for muti purposes. Many questions are being asked as to who is behind the senseless and barbaric killings as this was not the first alleged ritual killing.

The girl was later identified as Mamaila Ngobeni (13), a Grade 6 pupil at Daniel Mubva Primary School. Her body was discovered by a passer-by, who alerted the community.

The young girl went missing on Sunday, 19 May. The body, when it was found, allegedly had multiple wounds and both her ears were missing.

The discovery of the body has also raised fears that an organized syndicate dealing in body parts is operating in the area. Residents say other unexplainable deaths occurred in the village, which they believe are the work of this syndicate.

A community member, who commented on condition of anonymity, said that within a short space of time residents from around the village and surrounding villages had gathered at the scene to catch a glimpse of the body. He mentioned that people no longer felt safe in their own homes. "If you do not see one of your children for two to three hours, you start to wonder whether the child is still alive or not," another resident said.

Chief Mbulaheni Ramabulana said that they were perturbed by the increasing crime in the area. "We have a duty as a community to see to it that crime disappears in our community. We have to devise means to stop this scourge," he said.

He said the community should “help the police with information that can lead to the arrest and successful prosecution of the suspects who are responsible for this murder”. He appealed to the community to leave the school children alone to go to school.

“Fighting crime is not the duty of the police alone, but a collective task of both the police and you as the community. If you want to see police making a breakthrough in this case, give them information,” he said.

The spokesperson for the SAPS in Limpopo, Col Moatshe Ngoepe, said that the police were still waiting for the post-mortem report. "At this stage, we have no evidence linking anybody to her death. We are now appealing to members of the public to give us space to work on the case.” He also appealed to members of the community to supply information that can shed light on the incident.

The poor family do not have money to bury their beloved daughter because they rely on pension funds and they want to bury her on Sunday. Those who want to help can call Cllr Matodzi Ramushavha on 063 699 6321. 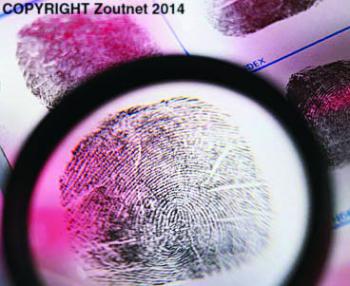