'Start hiring, or we strike …'

The two dominant labour unions at the Makhado Municipality have issued an ultimatum to the political leadership to start filling the vacant posts within the municipality immediately. They believe that the political game-playing within the ruling party is affecting service delivery and can lead to more corruption.

On Friday, employees affiliated to the SA Municipal Workers Union (SAMWU) and those affiliated to the Independent Municipal and Allied Trade Union (IMATU) barricaded the entrance to the municipality’s offices in Louis Trichardt. The protesters would not allow any services to be performed at the municipality and no-one, except municipal workers, was allowed to enter the building.

The main grievance of the workers seems to be the council’s reluctance to fill vacant posts and make permanent appointments in key positions. Currently, all the municipality’s managers are acting in a temporary capacity. The position of municipal manager has been left vacant since November 2020.

The trade unions complain that while the infighting between the factions within the ANC in Vhembe continues, nothing is being done to fill crucial positions. A wait-and-see game is played, where the winning faction seemingly wants to bring in “their own” people. The unions allege that the newly elected councillors want to employ friends and relatives in the vacant posts.

According to the secretary of the local SAMWU branch, Mr Tsanwani Raduvha, many workers are doing duty in an acting capacity in vacant posts. Some employees have done this for almost six years, without being remunerated accordingly. Raduvha says that the municipality has more than 100 vacant positions, some of which have already been advertised in the media. He accused the newly elected councillors of stopping the process (of filling vacant posts), while waiting for the outcome of the ANC’s regional conference.

During Friday’s protest action, some union members also alleged that councillors who stopped the process of interviewing candidates were receiving bribes. “We are fed up with corruption and nepotism in this municipality. Workers must be employed according to their credentials, not according to favours. We are going to fight this,” Raduvha said.

Mr Emmanuel Mulaudzi, a local community leader and IMATU member, also voiced his dissatisfaction with the current situation during Friday’s protest. “We will close the entrance until our concerns are addressed. There are several concerns regarding the interviewing (process) and hiring (of people for) the vacant posts,” he said. He said the process of filling vacant positions was stopped by certain councillors. “We have been complaining to the municipality about this, but nothing gets done about them,” he said.

The strike action was temporarily put on hold after the mayor, Cllr Samuel Munyai, arrived and discussed the issue with the unions. The municipality’s spokesperson, Mr Louis Bobodi, said that the mayor had addressed the workers and promised that the process (to fill vacant posts) would continue on Tuesday 14 December.

When Limpopo Mirror spoke to the two union representatives on Tuesday, they said that the date of the meeting with the municipal officials had been postponed to Friday, 17 December. The two unions reiterated the threat that, should the process to fill vacant posts not continue, they would go on strike. 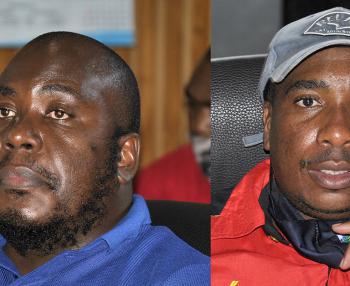