Organisations call on UNDP to withdraw its “endorsement” of MMSEZ

Several South African civil society organisations wrote an open letter to the United Nations Development Programme (UNDP) agency on 29 June to place on record their deep concern about the UNDP’s public endorsement of what they consider the unsustainable coal-dependent Musina-Makhado Special Economic Zone (MMSEZ). The letter relates to a memorandum of understanding (MoU) signed between the UNDP and the developers of the MMSEZ.

The civil society organisations (which include, among others, Living Limpopo, the Centre for Applied Legal Studies, the Centre for Environmental Rights, Natural Justice, All Rise Attorneys for Climate and Environmental Justice, EarthLife Africa, groundWork, Fossil Free South Africa, BirdLife South Africa, The Wildlife and Environment Society of South Africa, and Dr Victor Munnik and prof. Lisa Thompson) write that the MMSEZ contravenes fundamental principles of sustainable development in the context of the climate crisis.

The letter is divided into three sections, firstly listing the key reasons why the MMSEZ is a dangerous development and to show how it contradicts UNDP programming principles, secondly to explain how the MoU between UNDP and MMSEZ contributes to the momentum of this project by creating the idea that the project has the backing of the UNDP, regardless of the nuances of an MoU being non-binding, and thirdly to show that the MMSEZ MoU highlights a severe flaw in the UNDP’s present grievance mechanisms – “being reactive in design and unable to prevent severe harm resulting from public endorsements of projects that are fundamentally flawed in their conception”.

“In the context of the climate crisis, the MMSEZ contravenes environmental and human rights standards and UNDP principles. The most authoritative body on climate science, the Intergovernmental Panel on Climate Change (IPCC), projects that limiting the global temperature increase to the critical 1.5°C threshold requires a reduction in CO2 emissions by around 45% of 2010 levels by 2030 and net-zero by 2050. We would therefore not expect the UNDP to endorse or support in any manner projects that would frustrate this critical goal and risk contravening the Paris Agreement, which commits parties to the objective of limiting the global average temperature increase to well below 2°C with the aim of limiting it to 1.5°C.

“All proposed development projects should be assessed in this context. UNDP’s own programming principle of ‘sustainability and resilience’ entails ‘…that supported programmes and projects enhance climate resiliency and avoid unwarranted increases in greenhouse gas (GHG) emissions, instead enhancing efficiency and reducing GHG intensity.’ The MMSEZ directly contravenes this goal of climate resiliency through high GHG emissions, which will disallow South Africa from meeting its GHG mitigation obligations under the Paris Agreement, and by exacerbating water insecurity in a region that is already water insecure and expected to experience worsening water insecurity due to climate change,” the letter states.

In the letter, the group states that its first objection is, therefore, that the MMSEZ would commit to reinforcing South Africa’s carbon-intensive growth path, thereby frustrating efforts to fight climate change. “The MMSEZ project is expected to generate approximately 1 billion tonnes of carbon dioxide equivalent in direct and energy indirect emissions over the lifetime of the project.  The project could contribute between 10-14% of South Africa’s carbon budget under the 2°C global reduction target and as much as between 16-24% under a 1.5°C target. Moreover, the MMSEZ’s (crudely) estimated GHG emissions as per its Environmental Impact Assessment Report (EIAr) of 30-50 Megatons per annum (depending on whether the coal-fired power plant proceeds) is equivalent to about 10% of South Africa’s total emissions from all sectors combined at present and will thus seriously jeopardise the country's ability to meet its future carbon budget as per its Nationally Determined Contribution commitment under the Paris Agreement. The impact of the MMSEZ on the ‘emissions inventory’ of the country is thus rated as ‘very high’ as per the EIA Specialist Climate Impact Assessment Report. In summary, in light of the significantly high negative climate impacts, which cannot be mitigated and are permanent and irreversible, no decision-maker can and should have authorised the MMSEZ,” states the letter. Doing so, the organisations said, would put South Africa at risk of not meeting its climate-change commitments and would place the people of Limpopo at significant risk.

“Second, the MMSEZ would jeopardise one of the most fundamental rights and a precondition for life – water. The MMSEZ covers a region in South Africa in which both ground and surface water is in short supply. Inappropriate and incompatible land uses in water source areas, poorly maintained infrastructure, and inadequate monitoring are aggravating the imbalance between the supply and demand for water in this strategically important area. The Limpopo Water Management Area North Reconciliation Strategy explicitly states that the catchments in the area, which rely on the Limpopo River, are already in deficit. The project would involve very high levels of unplanned additional water use because of its coal dependence, and project proponents have never adequately explained where such water is to be found.  The current plans to source the estimated 125Mm³ needed annually for the zone’s operation have not been assessed for feasibility, legal compliance, or environmental impact,” the letter states.

Thus far, these plans include siphoning from groundwater sources, including at the site of the zone, which is surrounded by vulnerable rural communities, and the Limpopo River’s alluvial aquifer, until a planned ‘off-channel’ mega-dam (the Musina Dam) is built close to the MMSEZ North Site to capture up to 60% of the Limpopo River’s annual flow, supplemented by a scheme to pump 30Mm³ annually from Zimbabwe’s Tokwe-Mukosi and Zhove dams.

“This water-sourcing plan poses a threat to the human right of access to water in Limpopo, as well as Southern Zimbabwe - both of which are already water-scarce areas,” the groups state.

Given that the MMSEZ is a mega-project with far-reaching regional impacts, the letter states the fact that no prior study of cumulative impacts has been undertaken is very troubling: “In South Africa, the process that should have been followed was the Strategic Environmental Assessment as provided for in the National Environmental Management Act. This is one of the reasons cited by civil society in calling for the project to be scrapped.”

According to the organisations, the project conflicts with a number of spatial plans for the area, including the Vhembe Bioregional Plan of the Limpopo Department of Economic Development, Environment and Tourism (LEDET). In addition to conflicts with the Limpopo Conservation Plan and the Limpopo Protected Areas Expansion Strategy, the Vhembe Bioregional Plan also identifies clear conflicts between the MMSEZ and its associated coal-mining projects and the core zones of the Vhembe Biosphere Reserve (VBR), which is part of the UNESCO Man and Biosphere Programme’s World Network of Biosphere Reserves. “In November 2021, the VBR brought a motion, together with other parties, before the High Court to have the application for environmental authorisation invalidated and has subsequently appealed the environmental authorisation granted to establish the MMSEZ South Site. Further, it is unclear how the electricity-generation plans for the MMSEZ comply with the dictates of South Africa’s 2018 Integrated Resource Plan,” the letter states.

According to the organisations, the application for environmental authorisation contains multiple fundamental procedural flaws. “First, the public-participation process was extremely flawed with inadequate public notice of meetings and opportunities for input; misleading information; and even reports of intimidation and threats, for example, reports of community members and interested parties being refused access to a landowner meeting by armed guards in early 2021. Such a process goes against international human rights and UNDP’s own principles, such as ‘leave no one behind’, which entails that the UNDP ‘… prioritise its programmatic interventions to address the situation of those most marginalised, discriminated and excluded, and to empower them as active agents of the development process’,” states the letter.

The civil society groups also claim that the environmental-impact-assessment process followed has departed significantly from the legislation and principles of sound environmental assessment. “A particularly egregious example involves the requirement in South African law that the entirety of the project activities must be applied in order for the competent authority to have a full understanding of the cumulative impact of all the listed activities. The currently approved environmental authorisation only covers specific vegetation clearance and the transformation of land in order to secure the site for future development. This enables a ‘salami approach’ of small approvals that approve a megaproject through the backdoor and incentivises the creation of facts on the ground that make the project increasingly irreversible.

“The sum total of these objections reveals a project that runs counter to international and domestic law on the environment and human rights. It, further, is in complete contradiction to most UNDP principles, including ‘leave no one behind’, ‘human rights’ and ‘sustainability and resilience’,” the letter states.

Regarding the argument that the signing of the MoU has created momentum and confidence in a fundamentally flawed project, the letter states that the MoU between UNDP and MMSEZ lends undeserved and problematic credibility to the MMSEZ project. “The mere fact that the signing of an MoU does not create binding commitments on the part of the UNDP does not discount that, given its prestige as a UN body, the MoUs it signs can of themselves lend a project significant legitimacy, prestige and momentum. This MoU has been the subject of sponsored content in major media outlets. The photograph of Dr Ayodele Odusola of United Nations Development Programme and Musina SEZ CEO Lehlogonolo Masoga signing the MoU, in particular, has conveyed a picture of formal endorsement.  For this reason, it is imperative that the UNDP acknowledge its mistake, retract the MoU and not merely hide behind the MoU’s non-binding nature,” the letter states.

The organisation also writes that the MoU has revealed the remit of UNDP mechanisms to be reactive and fundamentally flawed.

“In the course of engagements with the UNDP Country Office in South Africa and the remedial mechanisms (SRM and SECU), our attention has been drawn to the fact that the jurisdiction of these mechanisms only covers UNDP projects that have at least a UNDP project plan and/or already been funded by the UNDP. These mechanisms do not extend to public signals of support and MoUs, and thus fail to provide a proactive remedy in situations in which UNDP is providing momentum and credibility to projects that defy its own programmatic principles.

“This disregards the reality that some projects are, from the point of view of human rights and the UNDP’s own principles, nefarious in their conception and not merely their execution. Secondly, it fails to recognise that the power and influence of the UNDP means that statements and MoUs can effectively be used to make projects appear inevitable and legitimate, regardless of their fundamental flaws. This, in effect and on a practical level, delegitimises the community’s long-standing work in opposing the project, and causes further conflict in the area.  Third, as a result of the above, the existing mechanisms represent a solely reactive approach to responding to harm that has already occurred, as opposed to a preventive approach that can, at a critical moment, correct any perceptions created by the UNDP and lessen the likelihood of dangerous development projects proceeding.  For the reasons outlined above, it is our view that the MMSEZ is a clear example of a dangerous and fundamentally flawed project with which the UNDP should not associate itself in any manner,” the letter states.

In conclusion, the organisations ask that the UNDP should publicly retract its signing of the MoU. “We, therefore, again call on the UNDP to demonstrate its commitment to human rights and environmental legal standards (as well as its own programming principles) and acknowledge its responsibilities by retracting the MoU and officially communicating its retraction,” the organisations conclude. 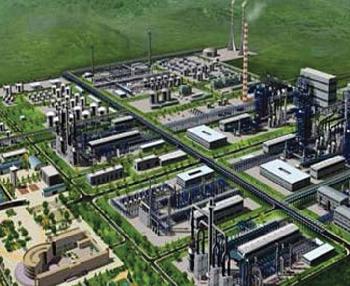