Samba Girls donated league points to Sisters FC, following their 1-2 defeat in their Sasol Women’s League match at the Raliphaswa grounds on Saturday.

Sisters were by far the better side when it came to ball possession. Murembiwa “Mdu” Mugivhi, the Girls’ playmaker, was out of touch in the first 20 minutes of the game. That gave the visitors enough space to do as they pleased in the middle of the park.

Pressure continued to mount on the Girls’ defence towards the end of the first half. It took the visitors from Tzaneen 39 minutes to take the lead. A defender of Samba Girls, Rotshidzwa Luvhengo, deflected the ball back into her own net to clear and that was a beautiful own goal.

Samba Girls regrouped in the last five minutes of the first half, but their effort was not good enough to break the Sisters’ wall. Samba Girls replaced Rotshidzwa Nentswi with Ndifelani Kale three minutes into the last half.

The home side did not lose hope, despite the fact that they were reduced to 10 ladies in the 65th minute. Their captain, Mpho Mithabi, was given her marching orders, following a continued argument with the referee. Realizing that their scoring chances were slim, the Girls effected some positional changes. Fhumulani Mavhungu was given the responsibility to guard the posts, while their keeper, Siphiwe Mabukane, was moved forward to play as a full striker.

Murembiwa “Mdu” Mugivhi beat the offside trap and scored the Girls’ equalizer in the 78th minute. The Sisters reclaimed the lead four minutes before the end of the regulation time. Pertunia Matsalani beat the keeper with a half volley from a free kick. 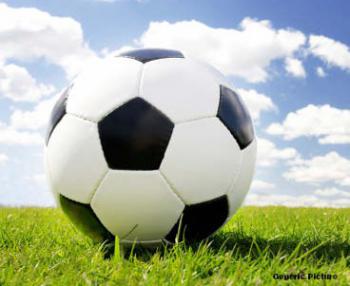