Mudaswali United Brothers came back from a 0-1 deficit and beat Maraxwe Happy Boys 2-1 to secure a place in the final of the Thulamela Mayoral Cup Tournament at the Makhuvha Stadium on Sunday.

The game was characterized by wasted scoring opportunities, although no goal was seen during the first half.

Happy Boys were the first to knock on the opposition's door. Their centre forward, Rangani Rabambi, went loose from the left corner in the 11th minute and unleashed a half volley from the edge of the box. Unfortunately for Rabambi, there was not enough power behind the ball and Adivhaho Nekhavhambe, the Brothers’ keeper, palmed the ball away for a corner kick.

United Brothers regrouped from behind, creating some promising moves from the middle of the park. They threatened to score in the 24th minute when Zwanga Tshivhengwa tried his luck with a half volley from the 25-meter area. The ball missed the target by inches, much to the fans’ disappointment.

The replacements proved to be a clever move on the part of the team’s technical staff. United Brothers found the equalizer in the 74th minute. Lawrence Nthulana made no mistake after receiving a beautiful pass from Phathutshedzo Dzebu. Rangani Rabambi of Happy Boys was warned with a card, following a continued argument with the referee. Unarine Rambuda scored the Brothers’ winning goal four minutes before the end of the game. 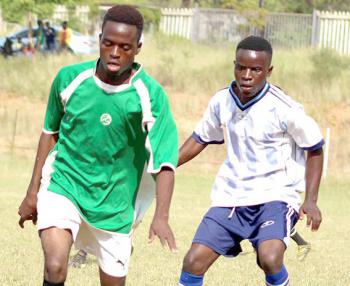