At the age of 43, a well-known local football coach, Mr Jabulani Justice Mutileni, feels that he still has much to offer to football.

Just like most of his counterparts, Mutileni did play football during his heydays. He played for the then affiliate of the Solly’s League, Mashamba Forward Movers, for two seasons before moving to the now-defunct Vodacom League side, Sister Park FC, in the mid-nineties.

Although he does not know the taste of playing football at professional level, Mutileni says he will never forget the year when he was part of the U/20 team that represented the Limpopo Province in the United Bank Tournament in Bloemfontein. That was where he competed with players such as Benny McCarthy, Mathew Booth and Japie Motale.

After hanging up his soccer boots in 1999, Mutileni decided to pursue a career in football coaching. His road to fame started when he successfully attended the introductory coaching course the following year. The Hlanganani Football Association appointed him the head coach for their U/12 and U/14 teams upon his completion of the course.

He later accepted the coaching job offer from Maindis Ladies FC, where he stayed for three years. Some of the teams he coached between 2005 and 2014 include Mukondeni Innocent Defenders, FC Basel, JM School of Excellence, SAFA Vhembe U/17 squad and the Limpopo SAB U/21 team.

When Madridtas FC bought the ABC Motsepe League franchise in 2016, they put their trust in Mutileni, whom they appointed as the team’s head coach.

He migrated to another ABC Motsepe League side, The Dolphins FC, where he stayed for two seasons. The Dolphins FC qualified for the national promotional playoffs twice in a row under the guidance of Mutileni.

His last stop was at the Venda Football Academy FC, where he accepted the coaching job offer in August 2019. Venda Football Academy, or VFA as they are also called, were among the top five teams on the log in the Limpopo Stream for the ABC Motsepe League when the league programme came to a halt about four months ago.

He revealed that his dream was to coach at national level. 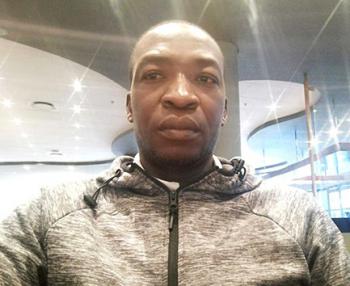