Although the Premier Soccer League (PSL) was still to confirm the dates and venues for the last-32 round of the Nedbank Cup KO Competition at the time of our going to press, the two Vhembe-based GladAfrica Championship League teams, Tshakhuma Tsha Madzivhandila (TTM) and Venda Football Academy (VFA), will play their matches at home.

The draw for the last-32 round matches was conducted at the league’s offices in Johannesburg last Wednesday, 12 January. Although they will enjoy the home-ground advantage, TTM will have a mountain to climb. Vhadau Vha Damani, as they are also known, will host the DStv side, Lamontville Golden Arrows.

Mr Lucky “King Mchichwa” Nelukau, the head coach of TTM, is adamant that they are going to use Arrows as their steppingstone to the last-16 stage. He emphasized the fact that they were leaving no stone unturned in their preparations for what he described as “the final before the actual final”.  He promised the supporters that nothing would stop them from retaining the trophy.

TTM are the defending champions. They beat Chippa United 1-0 in the final at the Free State Stadium in Bloemfontein last year to lift the trophy.

VFA will host the ABC Motsepe League side, African All Stars. Orlando Pirates will take on Amazulu FC. The other Soweto giants, Kaizer Chiefs, will also play in front of their home crowd. They will have a date with TS Galaxy. 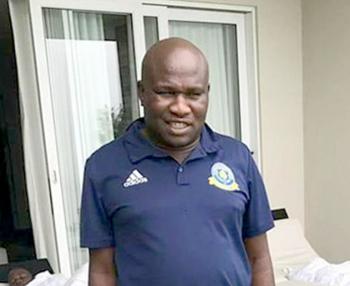