Own village for region’s authors and artists

In the deep, hilly rural village of Shirley in Elim "a child was born" in the form of the Timbila Writers' Village, which was officially opened last Friday afternoon.

The village serves as a meeting point and work place for authors, translators, publishers, cultural activists and researchers from South Africa, Africa and abroad.

The director of Timbila Writers’ Village, author and poet Vonani Bila, revealed that the village is owned and managed by the Timbila Poetry Project, a non-profit-organisation which publishes new and unheard voices in the literary world.

“Committed authors who are working on a major project may apply to stay at the Timbila Writers’ Village for professional residency programmes from one week to a maximum of three months,” said Bila. He added that residency extensions are possible in some cases.

During Limpopo Mirror's tour of the village, we learnt that the village can accommodate up to five writers at a time, who will each be allocated a fully furnished room with a writing space, storage facilities, bathroom and meals. According to Bila, writing workshops and courses are conducted for local authors and creative-writing students throughout the year. “These workshops cover a range of creative-writing issues, including poetry and prose writing, editing and self-editing, publishing and contracts, and legal issues that concern writers,” Bila said.

A committee of artists makes the admission decisions and applicants are notified of the selection two months after the application deadline. “In the process of submitting an application for residency at the Timbila Writers' Village, writers who have not been published should send two short stories or novel chapters, or 15 poems,” Bila said.

“The applicant must also provide a one-page description of the work he or she intends to undertake while at the Timbila Writers’ Village. The application deadlines are 31 March and 30 September.”

The main speaker for the day, Dr Alpheus Manghezi, emphasised the value of the facility in promoting quality education for the local youth. "This facility could also be a useful resource for oral history," he said.

A lecturer in the Department of Languages at the University of Limpopo, Ms Margrit Schulze, welcomed the opening of the village and heralded the initiative as a major project in the South African arts. "The directors must make this place a space of real creativity for people who come from all backgrounds," said Schulze.

The Timbila Writers' Village is the first of its kind in Southern Africa and is funded by the National Lottery Distribution Trust Fund. 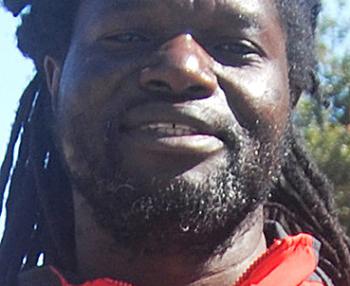