The 34-year-old award-winning radio journalist, Forster “DJ Mafosi” Chauke, has endeared himself to many musicians, singers and radio fanatics as he continued to produce for top names and present some shows on air.

A resident of Mninginisi Block 23 in Giyani, Foster is attached to Giyani Community Radio, where he presents Xitsonga Top 20 and a religious show, A Hi Khongeleni.

He told Limpopo Mirror that he had fallen in love with music at a very tender age when the great Shangan disco maestro, Penny Penny, released his debut album in 1994.

“I then joined Sangariya as a guitarist,” he said. “It was one of the small bands which quickly gained fame in the 1990s. We played our music at wedding ceremonies and other parties.”

DJ Mafosi joined GRC FM some two years ago. He said that he currently hosts at least four shows at the station. “Listeners love my voice, and trust me, people love all my shows,” he said. “Most people call to tell me that they can't afford to miss my shows.”

In 2015, this radio presenter was awarded a prestigious award for his use of Xitsonga and skills and excellence in presenting shows in an indigenous language during the Media Development Diversity Agency's annual awards (MDDA). He said that he considered winning an award as a collective effort by all presenters and staff at the GCR FM.

“I won an excellence award in indigenous languages category, and I was selected as winner out of about 25 competing entries,” he said. “The award has since spurred me on to work harder. I want to win more awards. However, more value lies in the quality of the work which I give.”

He has so far produced award-winning artists such as Joe Shirimani, Sunglen Mabasa, Mr Post and Psychology.

“I am able to perform a variety of tasks and assignments because I know how to manage my time and projects,” he said. “All I can say now is that 2016 is the year of success. I have developed myself through the years.” 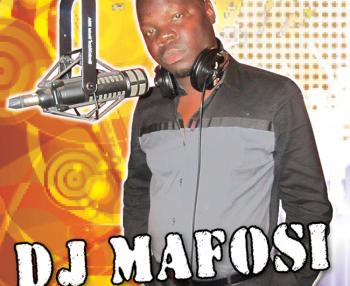