Fans and supporters of Tshifhiwa Netshiongolwe, better known as ‘Tancred Netshiongolwe’ in music circles, will be happy to know that he has finally released his latest offering, Apple of God’s Eye.

Tancred first won the hearts of music lovers, especially followers of gospel music, when he released his debut album, Unshakable Kingdom, featuring Avhakundwi nga Tshithu in 1997. His second and last album, My Redeemer Lives, featuring Luvholela, was released in 2000.

Although he admits that there was a lot of pressure on him to release a third album, Tancred believes he was not ready in the past eighteen years. “I could not release until now because I wanted to do things the right way,” he says. He explains that he needed a big enough budget to make sure that the result was excellent.

In an attempt to get funds to sponsor his album, Tancred participated in the World Song contest in 2007, using his song, Muphalali. Unfortunately, he did not succeed. He was also a semi-finalist at the SA Got Talent event organised by E-TV in 2009, using his song, No fears no tears.

Tancred says he is passionate about his latest offering and that he has finally delivered the album that his fans will enjoy. The album, with songs in English and Venda, is available on-line and from different record bars.

Tancred’s latest album is based on personal experience, following a life-threatening car accident he had in 2015 on his way from Gauteng when he was in a taxi, the same weekend the late Mpho Regalo was buried.

“Before the accident, I sang the song that says that God is a Saviour before I fell asleep. The next thing I woke up, (realised) we were involved in an accident and I had a twisted neck. I was told the taxi had rolled three times,” says Tancred. He adds that some of his old songs such as Muhuluhulu and Glory for Ever are also included in the album. 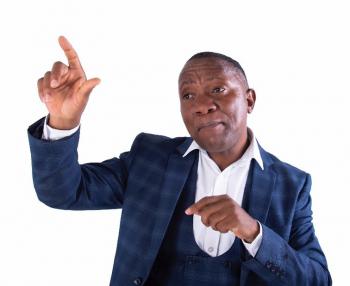