The launch of Tshamano S's second album, Ro ima Jordan, has the potential to bring a horde of artists and music lovers together for a day filled with music across genres.

The launch takes place at The Pentecostal Holiness Church at Magau village tomorrow (Saturday). It starts at 10:00 (until late).

This gospel singer, Tshamano S, born Tshamano Siphei, was introduced to the industry via her debut album, Zwonaka, in 2014. “The day has finally come, and I am happy that we are going to make it happen,” said an excited Tshamano S. “Music is part of my life – I sing about issues which concern the lives of people here on earth in order to encourage, inspire and motivate. I also sing as a way of worshipping and praising God.”

Ro ima Jordan comprises eight songs, namely U fariswa hanga, Zwonaka, Adonai, Ndi a ḓa zwino, Vha Mukhethwa, Mudzimu u hone, Nkhwaṱhise, and Ro ima Jordan. Tshamano’s is the kind of music that any good listener could pick up in ten years’ time from now and enjoy the sound and lyrics with fresh interest as if they were recorded and published in that future time. 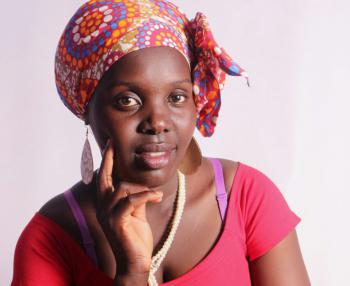