The unique sounds of DJ BackUp

Shonisani Mulaudzi, known in music circles as DJ BackUp, is a pure deep-house and amapiano deejay who is quickly gaining popularity in the music industry.

This young producer was raised on a “musical diet of South African soul classics” since deep house and soul house had inspired him to produce some sounds of his own. “This kind of music had given me the foundation and inspiration for my sound and style as an artist,” he said. “While I am a fan of the internationally recognised deejay Black Coffee, I am by no means his imitator. I have got a style of my own as a deejay.”

He added that he was always exploring new musical territories without alienating his loyal fans who had become accustomed to his initial sound and style.

“I started realising that I got a spark in music during my high school days, back in 2006,” he said. “I've been releasing mixtape after mixtape with gusto ever since 2009.”

He was encouraged by DJ Pepe and DJ Super from Rendis Entertainment, who all noticed his unique talent. “So far, I have shared the stage with DJ Zodwa (Vunu muthekhe), Bundu, DJ Nomzamo and DJ Sbonyoko,” he said. “In June 2018, I started a musical movement called Amapiano Ko Venda music label, and released five mixtapes.” 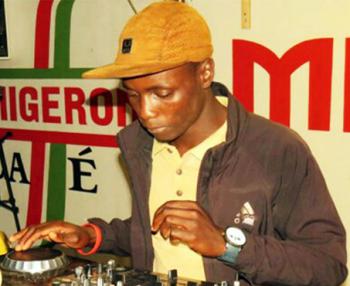