Jazz musician Ndivhuho NL scooped up the Best Jazz Song award during the Mzansi Jazz Awards 2019 that were recently held at World of Yamaha in Sandton, Johannesburg.

This came after he was nominated in the Mzansi Jazz Awards 2019 in several categories, which included Best Newcomer in Jazz, Best Male Artist and Best Jazz Contemporary Album. The album that earned him the nominations, Thungununu Nemulambo, was released last year.

“I feel honoured, excited and exposed to the high level of jazz music industry with the winning of this great award,” he said. “It was all the effort of my supporters who supported me by spending their airtime, voting for me because they believed in the power, magic and strength of my music. I further thank God who gave me the heart of perseverance since it was hard for me to be on this kind of level musically.”

He stated that the award only signalled the beginning of greater things to come. “It has catapulted me onto the national level as a musician,” he said. “And now at least I am becoming well known in the community, provincially, nationally and abroad. It will also be easy for me to be booked privately and publicly for all the offers I can provide like live performances.”

Ndivhuho NL has just scored another milestone as he has been nominated for Best African Jazz Song in the South African Traditional Music Awards 2019. “This is yet another honour for me and it gives me more courage to work hard in this industry,” he said. 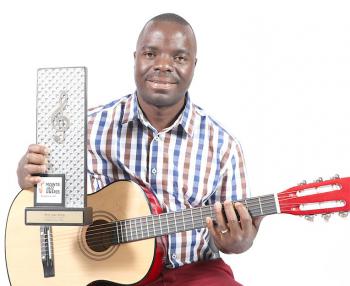