After a break of six solid years, 17-year-old Tshiwela Muthibi, known as Lwendo, has finally made a comeback with her second album, called Ngoma yavhumalo.

This resident of Ha- Ramavhoya in the Nzhelele area, who is now a grade 10 pupil at Tshilala High, started singing when she was only 10 years old. Her debut album appeared on June 16, 2015. The album performed well in the market, Tshiwela said, despite not being promoted properly.

The new release contains seven thrilling tracks, and songs that promise to be instant hits with her fans include Base lidenya, Huyashesha and DJ search. “One thing I like about tshingondo music is that it does not go out of fashion,” she said. “For the past six years, many people believed Lwendo to be dead and buried because I did not release another album. I proved the critics wrong when I made my comeback with this new album. The long break helped me to reorganise myself and gave me time to compose new music without any pressure.”

She said that the new album was a lot more mature than her previous one. “I’m very thankful to my fans who still buy my albums. I also thank the various radio stations who play my music regularly.”

Though she enjoys the fruits of her success, Lwendo said she would not rest until tshingondo music received the recognition it deserved. “Some people still perceive this type of music as low-class music, but I will fight until people realise that it is in fact the mother of all music genres,” she said. 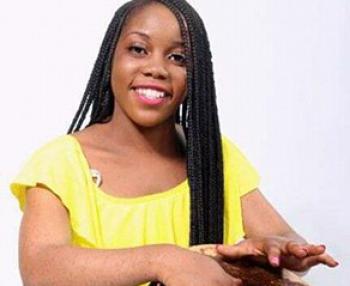