Mulaudzi nominated for a 2021 SALA

The 62-year-old Tshivenda poet Ndanduleni Mulaudzi was nominated and shortlisted for the South African Literary Awards 2021 (SALA) in the Poetry category.

The collection of poems for which he was shortlisted is titled Khonadzeo, which means ‘Possibilities’.

Mulaudzi, who resides at Ha-Mavhunga-Gondeni village, is pitched against six poets from other provinces. If he wins this most prestigious award, which is considered the biggest poetry prize in South Africa, he walks away with a R30 000 cash prize, a trophy, and a certificate.

“My joy is great; I am smiling from ear to ear,” said the elated poet, who is a respected shoe repairer in his village. Mulaudzi, who dedicated his book to his wife Vho-Azwinndini Julia Mashila, and his daughter Dembe Fulufhelo Mulaudzi, is a hardcore poet. “Poetry is food for the soul. I live within its enclosure, and when I emerge into the open world, it is through the exploration of my cultural idioms and words of advice, all dressed in figures of speech and other literary techniques.”

His anthology, which consists of more than 300 poems, was submitted to Vhakololo Press in 2011 and, after extensive editing, finally published by the end of 2019. “I was encouraged to continue writing poetry by my teacher, Vho-ND Davhula at Tshipakoni Secondary School,” he said. “Remember, that was back in the late 1970s, and from then on I had never looked back.”

Mulaudzi left school in Standard 8 and started to work at the Pretoria City Council as an electrician in 1983. He later worked at Harmony Gold’s Unisel mine in the then Orange Free State in 1985. “The writing bug hit me again in the early 2000s, when I found myself subsisting on odd jobs, and I had all the time to reflect and write my poems,” he said.

Vhakololo Press’s publisher, Tshifhiwa Given Mukwevho, who also edited Khonadzeo, hailed Mulaudzi as a poet whose work is not only educational but full of poetic delights. “I was moved by the richness of his language, and how he uses language to achieve poetic effect. It renders his poetry most original,” Mukwevho said. “He is the kind of poet whose talent South Africa should cherish. If he were to win this award, at least 37% of the cash prize will be directed towards the translation of his collection of poems into English to reach an even wider readership.”

Khonadzeo is available directly from Vhakololo Press at R150. Contact 078 503 1804 or vhakololopress@gmail.com for more information. 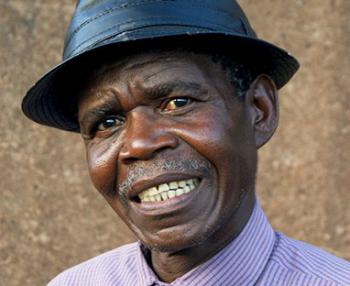