For two artists from the same music stable to compete against each other for the same award is indeed a rare occurrence, but such is the case for Lufuno Phalandwa and Grace Mulaudzi, both from Mukurob Music, who were nominated for the Best Gospel Hit at the fourth annual Limpopo Music Awards (LIMA) for their latest album releases, called A vha shanduki and Takuwa Yehova respectively.

The two artists are not unfamiliar with receiving top honours. In 2019, they collaborated on a song, titled Nga a rendwe, which was crowned Worship Song of the Year at the SABC Crown Gospel Music Awards in Durban.

Unlike Mulaudzi, who is still cutting her teeth as a solo artist, Phalandwa is a serial winner, with three awards under his belt. Apart from the joint award with Mulaudzi, Phalandwa had previously won two awards at the Limpopo Gospel Music Awards.

For either Phalandwa or Mulaudzi to take the award home, they will need to overcome stiff competition from seasoned gospel artists such as like Dr Winnie Mashaba and legendary gospel guru Minister Lufuno Dagada. City Modiba and Bubu Nxumalo complete the strong line-up for the nominees vying for the Best Gospel Hit this year.

For Mulaudzi, the nomination came as a total surprise, although her song was well received by gospel lovers, and she could not have asked for more. “To be nominated among the best gospel artists in the province is a huge achievement,” said an elated Mulaudzi. “I grew up listening to Dr Winnie Mashaba and I always wanted to follow in her footsteps, while Minister Lufuno Dagada has always been my inspiration. Being nominated in the same category with them feels like a dream. I did not expert Takuwa Yehova to go this far and I cannot stop thanking God.”

Phalandwa said that the nomination for A vha shanduki for him means that he is still in touch with his supporters and has not dropped the ball yet. He believes that his work continues to inspire gospel lovers and judging panels alike.

“It feels good when your hard work is recognised,” he said. “My album was recorded in the midst of Covid-19, and it was difficult to get things done, but God’s grace was upon us. I am happier for Grace Mulaudzi than I am for myself because she deserves to be counted among the best. I am voting for my song to win but at the same time I am rooting for her because, either way, the award will come home.”

The Limpopo Music Awards will be held at the Meropa Casino Hotel in Polokwane on 16 October 2021 - a day after the voting lines have closed. 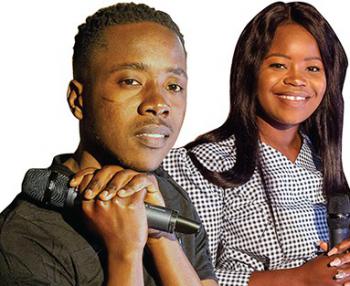