The Vhembe District bade farewell to one of its own treasures in the person of Dr Risimati Willy Chabalala, who passed away on 21 July.

“Like any other African child, he was once a shepherd, a footballer, and a responsible village boy in general, but he never ignored the importance of education,” said his daughter, Ms Madali Chabalala.

He attended Tlangelani and Twananani primary school, and Hlalukweni and Giyani High school, after which he proceeded to Tivumbeni College, where he obtained his Junior Secondary Teaching Diploma.

In 1978, he was appointed as principal of Hlalukweni High School. He was also very involved in church activities and he helped the Evangelical Presbyterian Church to grow bigger and stronger. In his life, he was guided by biblical scripture that had him marry his lovely wife, Mrs Shalati Jane ‘ntombhi ya ka Valoyi’ Chabalala.

Through the decades, Dr Chabalala held key positions in teachers’ unions and other organisations concerning education and community upliftment. He was a teacher and head of department at Hlalukweni High School, principal at Rivubye High School, and circuit manager for Malamulele East, where he witnessed the matric results improving from 42% to 86%. “He obtained 100% results for 14 years as a school principal,” Madali remembered.

Dr Chabalala is survived by his wife and three children, who are Dzunisani, Tlangelani, and Madali. He will be missed by his siblings Ana and George, his mother N’waxitlhangoma, grandchildren Masungulo and Shalati, and the country at large.

He was laid to rest last Friday. 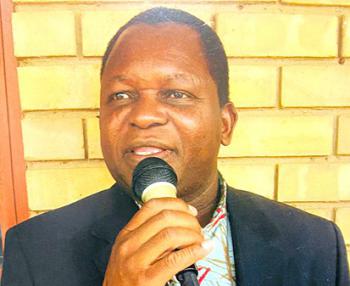