A 27-year-old man, who allegedly stabbed and killed a friend at Mavhunga village in the Nzhelele area on Saturday morning, was arrested and charged with murder.

Pfano Davhana allegedly stabbed Doctor Magadani (25) of Makungwi. Apparently, the two were on their way from a local bottle store when an argument ensued. The argument resulted in a fight, during which Magadani was allegedly stabbed in the chest under his left arm. He died at the scene.  According to the police, the incident took place shortly after midnight.

The spokesperson for the police in Limpopo, Lt­-Col Moatshe Ngoepe, said that when the police arrived at the scene, the victim was lying dead on the ground. "He had a big wound under his left arm," said Ngoepe. "The suspect was arrested immediately after the incident and charged with murder," Ngoepe added. Magadani was declared dead by the medical staff who arrived on the scene with an ambulance.

Davhana appeared in the Dzanani Magistrate's Court on Monday, and the case was postponed to 10 December for a bail application. He remains in custody.

The family spokesperson, Ms Pinky Netshituni, said that they were very traumatised by the incident. “We fail to understand why he was killed.” 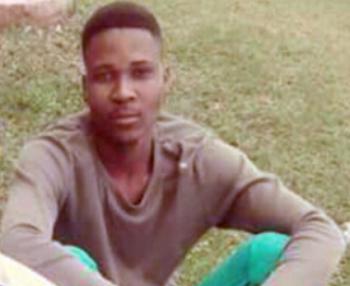