A Grade 12 learner of Tshidimbini Secondary School near Mukula outside Thohoyandou drowned while swimming with friends in the Mudaswali River on Friday afternoon, leaving his family devastated.

Uavhona Ramagwede (19) of Khubvi Block D village died when he and his friends went swimming on Friday. Family spokeswoman Ms Azwihangwisi Helen Mudzanani said Ramagwede, in the company of his friends, went to the Mudwaswali River at the crossing between Makonde and Matangari villages.

According to Mudzanani, Ramagwede was the last to jump into the water. She said that he was not a good swimmer and drowned. “We are saddened as family members because Ramagwede was a promising Grade12 learner and we thought that he would one day attend an institution of higher learning.”

His father, Mr Muambi Ramagwede, who is separated from his mother, said although he was not staying with the deceased, he used to take care of his child, encouraging him to take education seriously.

He said he met him on Wednesday, speaking about plans for next year. “He wanted to study and get a good job one day, but his life was cut short with his good dreams.”

Limpopo police spokesperson Col Moatshe Ngoepe confirmed the incident and said the police in Thohoyandou were investigating it. According to Ngoepe, the children were swimming when they noticed that Uavhona had just disappeared under the water.

“They immediately got out of the water and called for intervention. Members of the community and police were alerted and reacted swiftly, with support from the research and rescue team, who started to conduct a search operation, until the lifeless body of this boy was retrieved from the water.”

People wishing to help the family of Ramagwede to bury him can call his mother, Ms Thivhadivhi Mudzanani, on 082 475 9006. 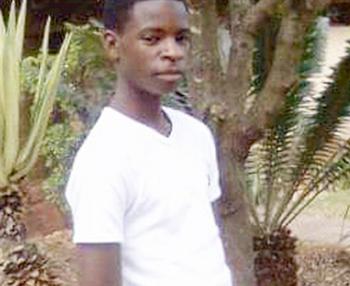