A cloud of mourning is hanging over the South African music fraternity and the academic sphere, following the death of Tshidino Ndou (47). Ndou was a founder member of the Vhembe Music Association and also a former spokesperson for the PSL team, Tshakhuma Tsha Madzivhandila (TTM).

He died on Wednesday in the Pretoria West hospital after a short illness. He was a resident of Tshakhuma village.

Ndou was loved by fans all over the country. Ms Muofhe Ndou, the representative of the family, said that the family members were “still in shock after the untimely death”. She said they had lost a jovial person who did not display any signs of stress.

The chairperson of the Vhembe Music Association, Mr Ravhulusani Ratshitanga, said Ndou’s death was a terrible blow to the South African music industry. “His music was unique, and he was a creative artist whose talent will be missed. He is irreplaceable, and we have learnt a lot from him. We will really miss him, but his contribution to music will remain to be enjoyed.”

The family are still arranging the date and time of the funeral and memorial service. 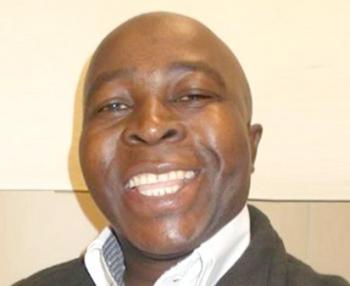 Tshidino Ndou is no more.