The community of Tshirolwe in Nzhelele is numb with grief over the shocking news of the death of Vhamusanda Vho-Mulatedzi Sinthumule (47). The traditional leader was shot on Tuesday, 31 August.

Community members who were in the vicinity and saw what happened apprehended one of the suspects and allegedly assaulted him. He was later handed over to the police, who arrived at the scene. The 25-year-old suspect was taken to hospital under police guard. He will be charged with murder. A search is underway for the other suspects who are still at large.

The police are appealing to anyone who might have information that can help with the investigation or assist in apprehending the suspects to please call their nearest police station or call Crime-stop on 08600 10111. Information can also be given anonymously via the MySAPS App that can be downloaded on any smartphone.

Sinthumule’s death has been described as a big loss to the village and royal council. According to members of the community, he was a dedicated leader who ensured development.

The late chief’s older brother, Eric Sinthumule, who is also the spokesperson for the Sinthumule Royal Council at Tshirolwe, said he had spoken to his brother at about 12:00 that day. When he tried to call him again later, at about 17:00, his phone just kept on ringing. At around 18:00 that same day, Eric received a phone call from a community member, informing him that the chief had been found shot dead.

Eric described his late brother as a modest and compassionate man who had the desire to help his people and uplift his community. During his reign, community councils such as the traditional council and Sanco committees fully co-operated and ensured development in the community. He died while the community council was in the process of registering a land claim. “The community had lost a great leader like no other. Sinthumule was a leader who understood the needs of his people.”

Thovhele Vho-Toni Mphephu Ramabulana expressed his condolences to the Sinthumule family and said that Vhamusanda Sinthumule had served the area with diligence. “He had contributed a great deal to shaping the local Sinthumule territorial council and was a selfless visionary and dedicated leader to the people. He will be remembered for his hard work,” said Mphephu.

The family had not finalised the funeral arrangements at the time of our going to press as they were still awaiting the results of the post-mortem. 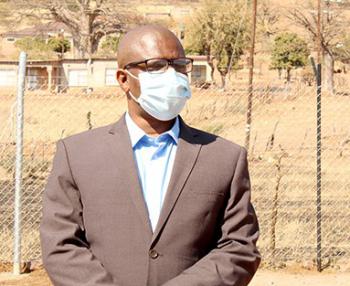