The police in Vuwani are investigating the murder of a first-year biochemistry student at Univen, who was stabbed to death while travelling home by taxi from Sibasa-Tshakhuma on Friday, 10 September.

Limpopo police spokesperson Brigadier Motlafela Mojapelo said the police were on their daily routine patrol duties when they received a report about a passenger who had been stabbed to death in a taxi along the R524 public road near Lwamondo. The incident occurred at about 17:45.

“They proceeded to the scene and, on arrival, found a white Toyota Quantum parked outside the tarmac road. The taxi driver pointed out where the deceased was lying in a pool of blood,” Mojapelo said.

According to the driver’s statement to the police, other passengers had told him to stop, saying that someone had been stabbed inside his taxi. But because it was dark and, according to him, not safe to pull over, he could not stop immediately. He ultimately stopped at Zwikwengani crossing, where the lighting was better.

Mojapelo said that, by the time the police arrived, only the taxi driver was left as everyone had fled the scene the moment the taxi had stopped. Police investigations will reveal the motive of and circumstances around the murder, once they have obtained more information about the incident from the driver.

The deceased, identified as Kone Nevondo (20) from Lwamondo-Tshishushuru village, just outside Thohoyandou, was certified dead by the emergency medical services.

Mr Balanganani Shandukani of the South African National Taxi Council (SANTACO) Vhembe said that the council was investigating the matter. “We are surprised to hear that passengers are attacking and killing one another. Our job is to transport the commuters safely and we cannot accept passengers who act like criminals,” said Shandukani.

Univen spokesperson Mr Takalani Dzaga said that they had received the news of the death of one of their students with great sorrow and that the whole university community was deeply shocked by it.

The deceased’s uncle, Pastor Thivhulawi Nevondo, said that the family members were in mourning. According to him, the incident seems to have been only a senseless robbery as Nevondo’s cellphone and schoolbag were also stolen during the incident. “We suspect that his attacker was just a hooligan who cut off his life in this cruel manner. We were hoping for a good future ahead for Kone,” said Pastor Nevondo.

The police are appealing to anyone with information that can lead to the arrest of the suspect to contact Detective Captain Dzivhani on 015 961 7000 or the crime stop number 08600 10111. 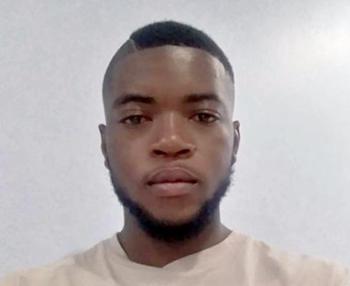 Kone Nevondo (20), a first-year biochemistry student at the University of Venda, was stabbed to death inside the taxi he was travelling in, on his way home last Friday afternoon.